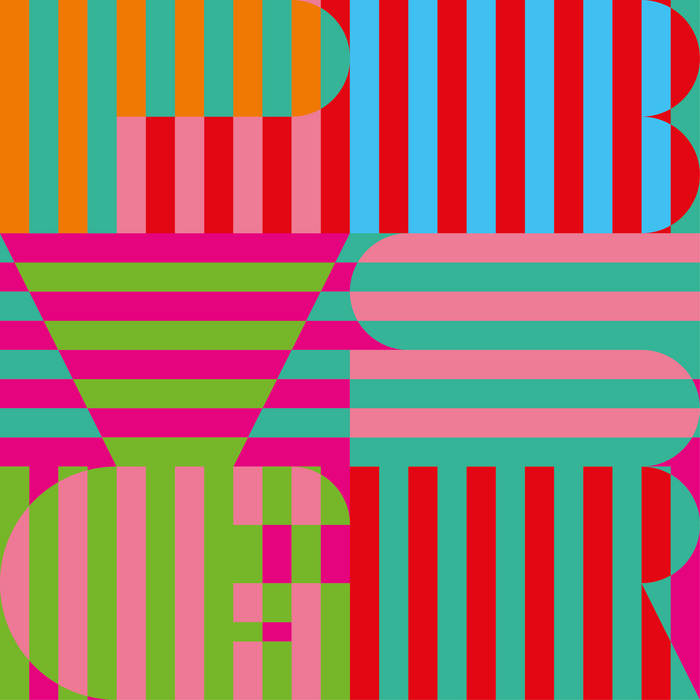 orogue this album feels good and paints different images into my imagination each time i hear it. i think there are a lot of subliminal sounds in this one and i love that sort of thing Favorite track: Sequential Circuits.

When Panda Bear met the Grim Reaper, they jammed. Noah Lennox, a.k.a. Panda Bear, a.k.a. one-fourth of the founding members of Animal Collective, has had a far-from-quiet few years since the release of his fourth solo record, 2011’s Tomboy. Since the breakout success of 2007’s universally-adored Person Pitch, each new Panda Bear release is a highly anticipated event, and with a high-profile Daft Punk collaboration later, that’s more the case than ever. But if the title of his fifth solo album as Panda Bear seems to portend certain doom, think again. Taking his inspiration from ‘70s dub duo albums like King Tubbys Meets Rockers Uptown and Augustus Pablo Meets Lee Perry & the Wailers Band, Panda Bear prefers to frame his latest work as less of a battle and more a collaboration. “I see it [as] more comic-booky, a little more lighthearted,” he says. “Like Alien Vs. Predator.”

Panda Bear Meets The Grim Reaper finds our hero leaving the airy minimalism of Tomboy and unpacking his sonic toolbox again, rearranging the multitude of his disparate influences into the ever-morphing concoction he refers to as “the soup.” Old school hip-hop textures and production techniques meld with the intuitive, cyclical melodies he has become known for, for a sound that is at once dense and playful. The slithering beat of “Boys Latin” is topped with a campfire-ready chant that wouldn’t be out of place on an early Animal Collective record; on album centerpiece “Mr. Noah”, a pulsing swamp of buzzes and squeals blossoms into a rousing, immediately infectious chorus. “Tropic of Cancer” punctuates the album with a head-turning horn intro and an ethereal harp sample taken from, of all places, Tchaikovsky’s The Nutcracker Suite. He experiments with balladry even further on “Lonely Wanderer,” a dreamy piano haze laced with a foreboding synth growl. Noah has taken the effortless pop sensibilities he showed the world he was uniquely adept with last year’s Daft Punk collaboration, and gone back to the laboratory with them, twisting them into something darker and more tactile.

It’s a layered, at times wholly unidentifiable soundscape, and so it may come as a surprise that Panda Bear utilized readymade sample packs throughout almost the entire record. “I got into the idea of taking something that felt kind of common — the opposite of unique — and trying to translate that into something that felt impossible,” he says. Breaking with his previous practice of largely creating each album in a fixed environment, Noah says the recording process was “really disparate, I was all over the place.” The textures for the album came together everywhere from El Paso, Texas, to a garage by the beach near his home in Lisbon, Portugal, where he has lived with his family since 2004. In a relationship that already proved fruitful on Tomboy, Panda Bear partnered again with Pete “Sonic Boom” Kember, this time in a more top-to-bottom production role. “He brings stuff to the table that I wouldn’t think of,” says Noah. “You not only go to [new] places, but you figure out things about yourself that you wouldn’t have otherwise.”

Ultimately its dynamism, not death, Panda Bear is tackling. “Some of the songs address a big change, or a big transformation,” he says. “Meeting the Grim Reaper in that context I liked a whole lot.” Panda Bear Meets The Grim Reaper signifies a pivotal point for an artist who has proven he can continue to evolve while remaining at the top of his game. “It’s sort of marking change — not necessarily an absolute death, but the ending of something, and hopefully the beginning of something else.”

Over the last year, Panda Bear has been touring with what is his most developed live show yet, featuring eye-popping, candy-colored visuals by frequent Animal Collective collaborator Danny Perez, ever complimenting his vivid sonic palette. Panda Bear Meets The Grim Reaper comes to hyper-real life in this live context, melding the emotional melodicism of the album with the dizzyingly affective light and video show, creating a deeply connective fan experience. Panda Bear meets the Grim Reaper in these live shows, and we are all witness.

Bandcamp Daily  your guide to the world of Bandcamp